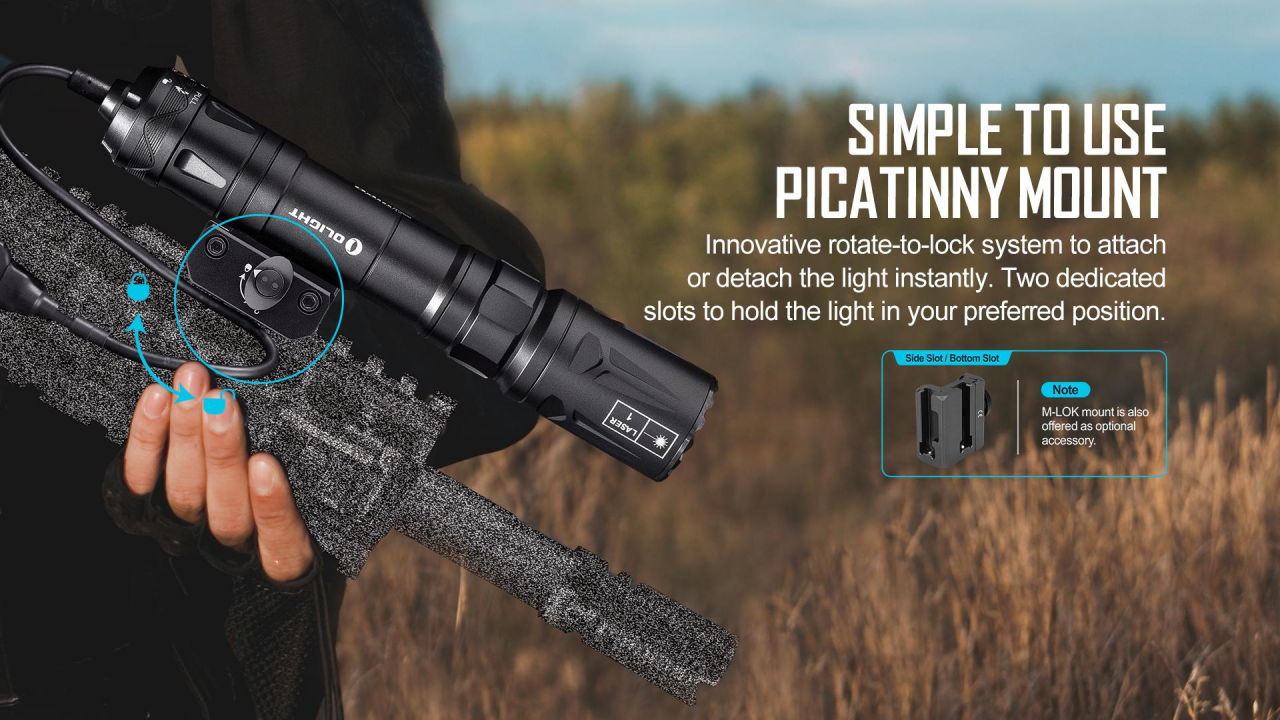 The Odin Turbo is an exciting new product in the Olight line-up that stands out as being the first LEP light Olight have produced. As a Class 1 laser it displays some very different characteristics to other throwers in the Olight range. Needless to say, I was excited to pick one up and give it a try!

So first I’ll share the basics - the light features a rear tail switch similar to other Olights, with easy access to both high and low mode in a single click. The high mode boasts a modest 330 lumens, but with throwers the lumen count is often misleading and this has never been truer than with this LEP light. Those 330 lumens produce a massive max beam distance of 1,050 meters in a compact package, with 275,625 max candela and literally no light spill at all. It’s magnificent to see! The light is powered by a 21700 battery compatible with many other models and features wireless charging (MCC3 cable provided). It’s also IPX8 waterproof to 2-meters and has been drop-tested to 1.5 meters. So basically, it’s ready for whatever you decide to throw at it! (apart from an X9R – never throw an X9R at anything you don’t wish to destroy )

The Odin Turbo is primarily a weapon light and comes with all the essentials to attach to a rifle, including Olights exclusive rotate-to-lock slide rail mount and a durable magnetic remote switch for easy activation. It’s easy to see how this unique light could be very useful for long range through a scope and plenty of reviews on YouTube on this topic. In this review I’ve focused on the Odin as a handheld tool as that is my intended use for it and I found there wasn’t much information online about this lights potential as a slim handheld thrower.

The beam comparison photo shows the Warrior X Pro on the left and the Odin Turbo on the right, as demonstrated by my lovely wife. The sign in the centre of the beam for both photos is approximately 175m away. The photos don't do it justice (it was dark!), but we can clearly see the Warrior X Pro had far more flood whereas the Odin Turbo is literally a direct beam of high-intensity light with zero spill. The sign was considerably better illuminated by the Odin Turbo, at the expense of not seeing any of the surrounding field-of-view. This is the expected result given the Odin has double the range (1,050 vs 500 meters), 1/6th of the Lumen output (330 vs 2,100 lumens) and puts out a much higher beam intensity (275,000 vs 90,000 candela).

The beam is truly unique and quite spectacular to see. The light shoots directly to the target like something from a sci-fi film – beam me up Scotty! Peripheral vision is pretty much zero, but that’s not really the point with this one. The sign is considerably more visible with the Odin and this tech comes with several other advantages that we’ll come on to shortly.

I did a quick size comparison against the Warrior X Pro which I would consider Olights smallest ‘serious’ LED thrower, and also the M2R pro which is of course one of the EDC fan favourites. When comparing the two throwers, the Odin is a little bit longer but far more importantly it has a considerably smaller head diameter. The M2R pro is only a little bit smaller and is commonly considered to be the most pocket friendly 21700 Olight, but of course the throw is incomparable (300m vs 1,050m). To reach a similar throw distance we would need to use a Warrior X Turbo (1,000m), but here the head diameter is 87% larger than the Odin Turbo as the WXT relies on a large, smooth reflector to propel the light so far, unlike the laser excited phosphor (LEP) technology. An 87% larger head equates to 3.5x the surface area, so it really is a massive difference in terms of the light’s footprint either in the pocket or on a belt/vest. Of course, you’ll get considerably more spill with the WXT which does output more lumens, so I think there’s a strong argument to have both – the Odin Turbo when you want to keep things compact and the Warrior X Turbo when size is not an issue.

The run time on the Odin Turbo is also a massive advantage, as it can hold at turbo for a huge 30 minutes (Warrior X Pro = 2 mins, Warrior X Turbo = 6.5 mins), and has a 7.5 hour run time on low mode. The nature of the tech means it achieves this huge distance with relatively low lumens, so the torch doesn’t get as hot as it’s larger LED counterparts and the 21700 battery can maintain that maximum distance beam for considerably longer. This is an excellent bonus in real world use!

This is a specialized light. It's not going to be effective close up and won’t be the right light for everyone, so don’t expect this to illuminate the ground in front of you when you’re walking the dog. This light is perfect for spotlighting a specific area at long range, so if you have a need for that type of beam in a compact package then this is the light for you. Having personally tried all of the Olight throwers, the Odin Turbo is hard to beat pound-for-pound. The Odin’s beam distance to size ratio is simply unparalleled.

Fun factor also can't be discounted. This thing is a freakin’ laser beam! It's surreal to see and has a 'wow' factor about it. Seeing is believing.

The Odin doesn’t replace the traditional LED thrower for me, such as the Warrior X Turbo or the Javelot Turbo. Rather it complements them as a different tool for different circumstances. With the Odin Turbo it’s all about size, longevity and distance, at the expense of any light spill. When size is no issue, I’d reach for a Javelot Turbo first to provide that extra oomph that comes with considerably higher lumens.

As for me - I’m now pairing the Odin Turbo with the infamous Seeker 2 Pro, offering easy access to a long-range thrower when circumstances require without adding excessive bulk to my carry. Massive flood and huge range in two torches that can both fit together within a single trouser pocket – it’s a hell of a combination!

Thanks for reading my review, have a great day! 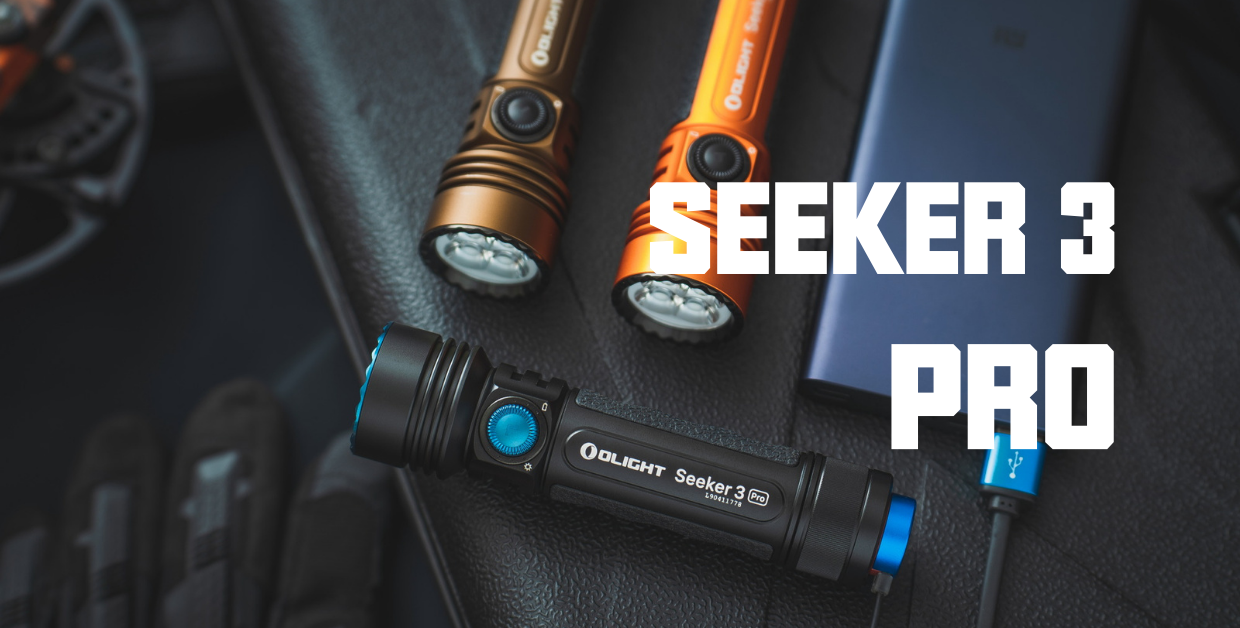 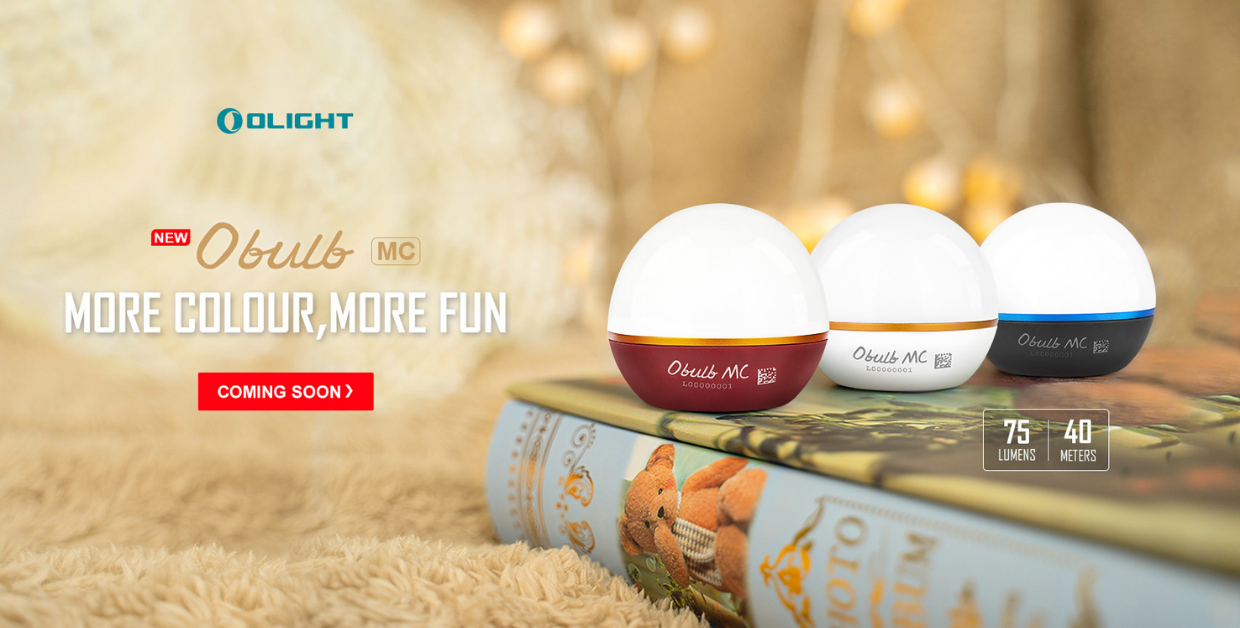 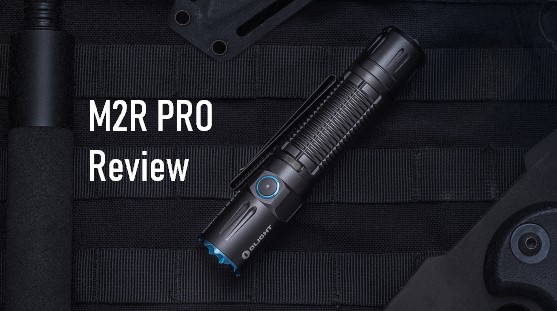 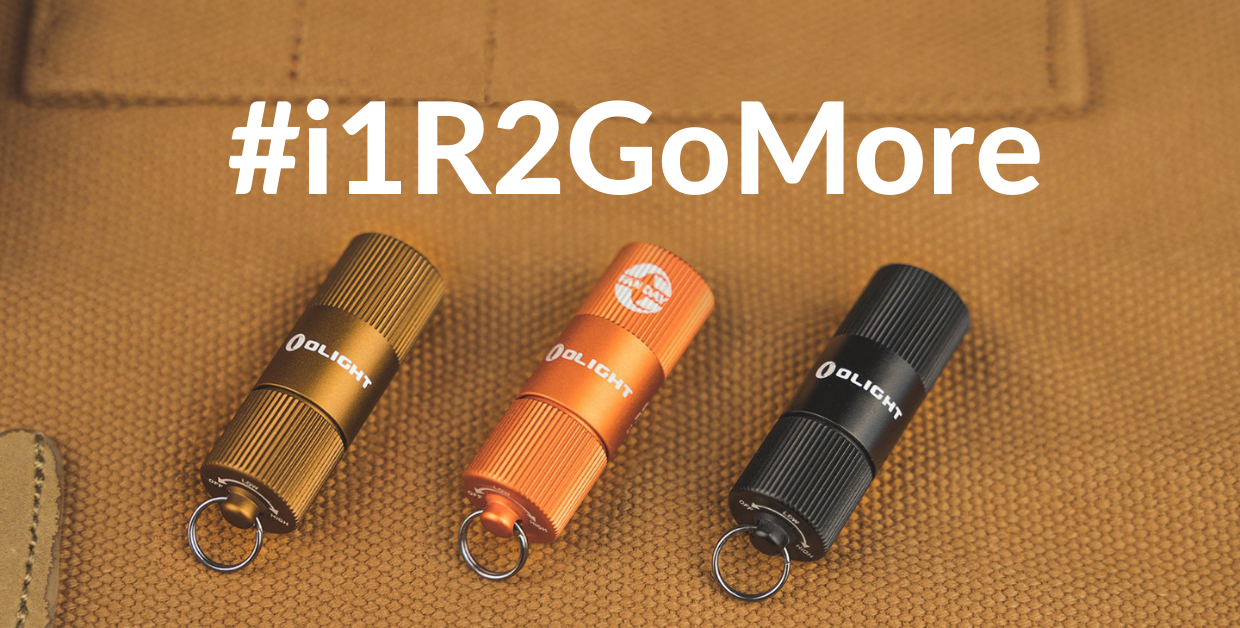 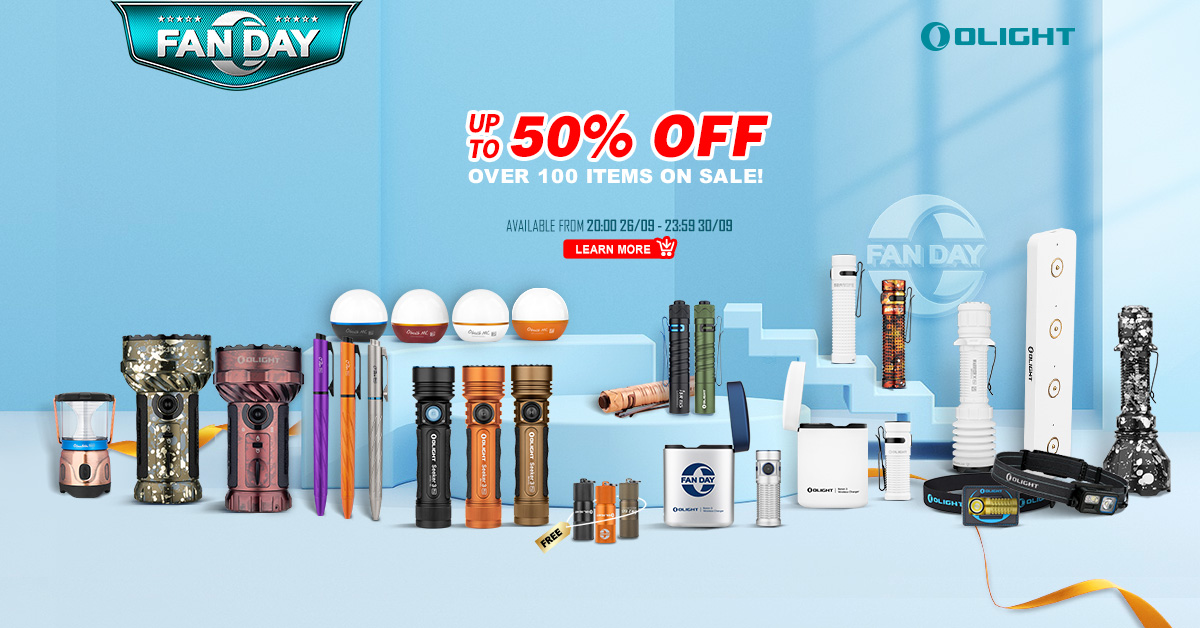