Do you like watching movies? What kind of movies do you prefer? Most of the time, we will be attracted by the interesting plot and gorgeous scenes in the movie and may ignore some details.  Have you ever discovered that Olight torches have also been in a Hollywood movie? In fact, you may not notice the small torches but you may hear the name of this movie, that is, “Tomb Raider".

This movie tells the story of Laura. When Laura was still young, his father who has devoted his life to researching ancient tombs disappeared during an adventure. By chance, Laura uncovers a clue about her father's disappearance and learns that a mysterious organization might use the power of the tomb for a purpose that could put the world in danger. In order to find out her father's whereabouts and stop the organization, Lara decided to find the island recorded in her father's adventure notes. Therefore, torches become the must-haves when they explore the tomb. If you are interested, you can watch this movie and see the performance of Olight torches! Next, Let's take a look at the performance of Olight torches in the movie by some pictures! 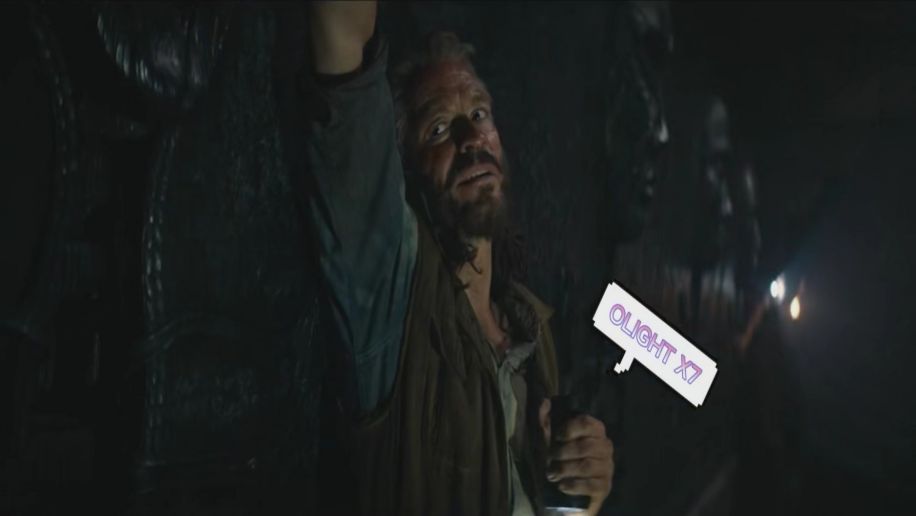 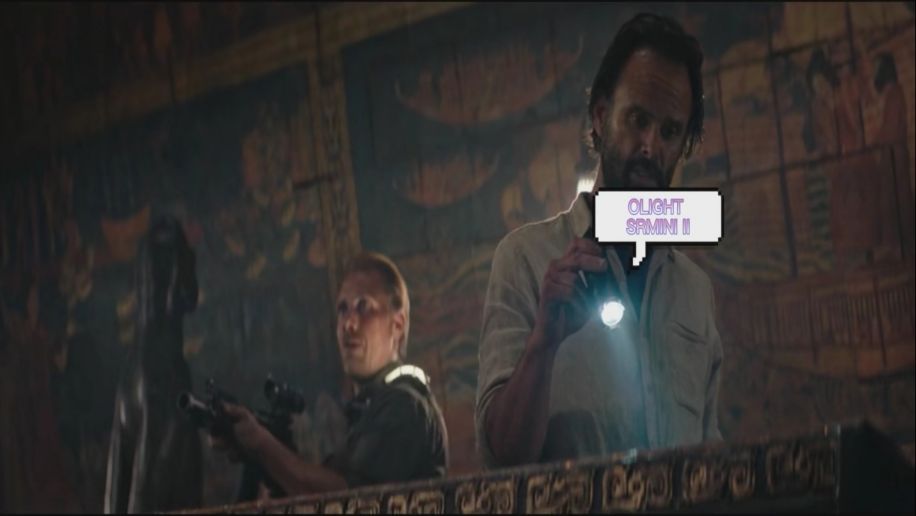 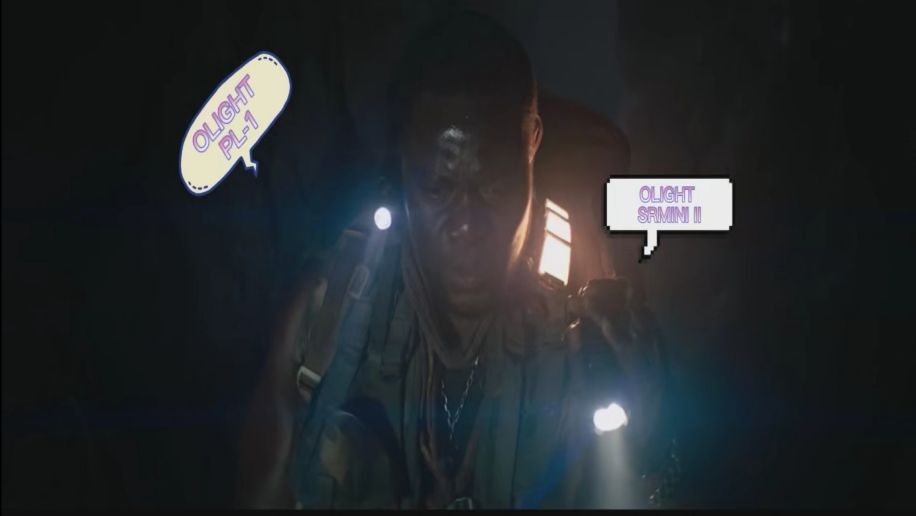 The movie was shot in the United Kingdom and South Africa. According to  colleagues in South Africa, M3XS-UT, PL1-II, H1, SR MINI II, and X7 were provided to the crew at that time. They seem to be suitable and outstanding in the dark tomb. However, this movie has been released for a long time, so the torches we provided are also not available nowadays. Compared with now, they are some older products, and some are even discontinued. For we're constantly innovating, and now you can have the better-upgraded torches than the main characters used in the movie. 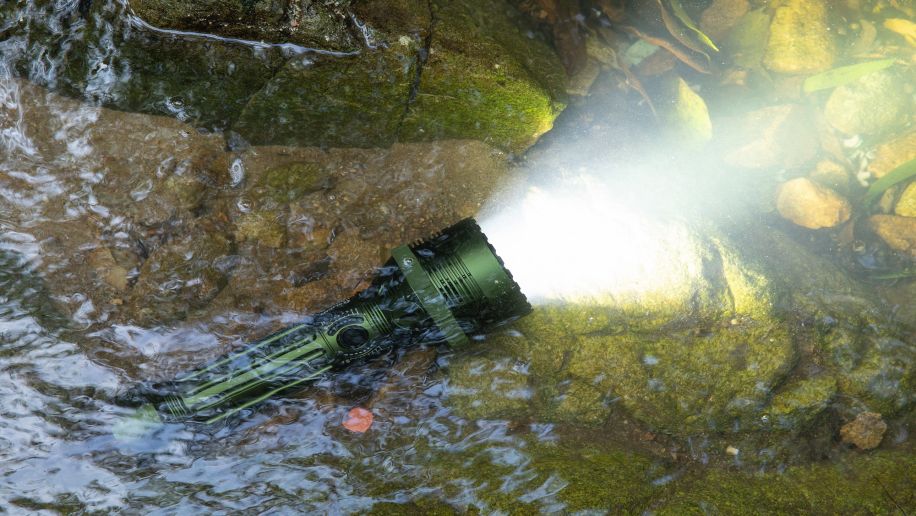 X9R is the largest and highest output flashlight ever produced by Olight reaching an incredible 25,000 lumens. The X9R is equipped with six Cree XHP70.2 LED and is powered by a rechargeable battery pack combining eight high discharge rate 18650 batteries. The custom heat dissipation system ensures that the flashlight provides constant and safe high output settings. The output settings are controlled through a side switch surrounded by 8 blue indicators on each side displaying your output level, remaining battery capacity, or the charging status. 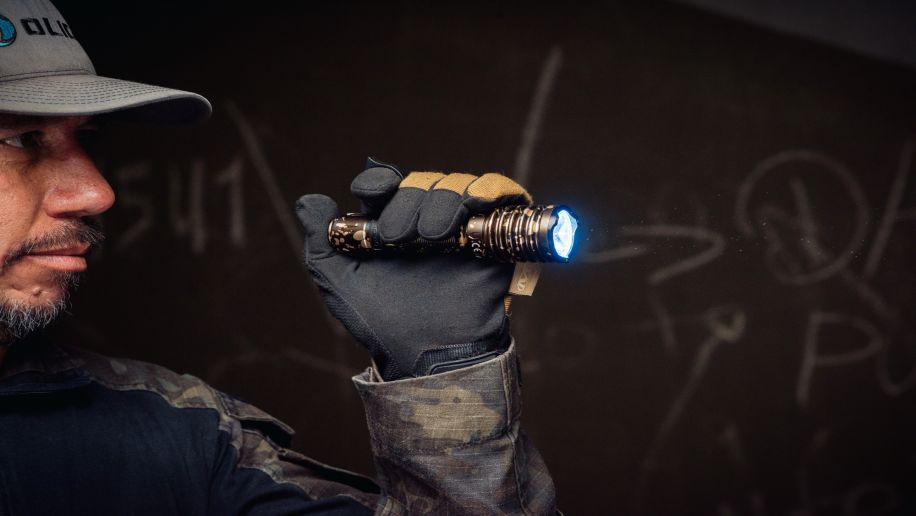 Warrior X 3 is also packed with great tactical features. Its max output is increased by 400 lumens to 2,500 lumens and its max beam distance reaches 560 meters. Powered by a customized 5000mAh 21700 Li-ion battery, it can runs up to 8 hours. The Warrior X 3 has been upgraded with 3 zirconium beads embedded in the strike bezel. Well, it may turn to a great weapon when you are in danger in the tomb. Just kidding, but it is suitable indeed when you in an emergency in you daily life. And the included Warrior Ring and silicone tactical grip ring provide better control of the torches during stressful moments. When the power is low, the internal motor silently vibrates to remind you to charge the battery. The rugged aerospace-grade aluminum alloy body has a non-slip knurled grip and features an IPX8 waterproof rating and 2-meter drop resistance. No fear for climbing mountains nor swimming in the sea! 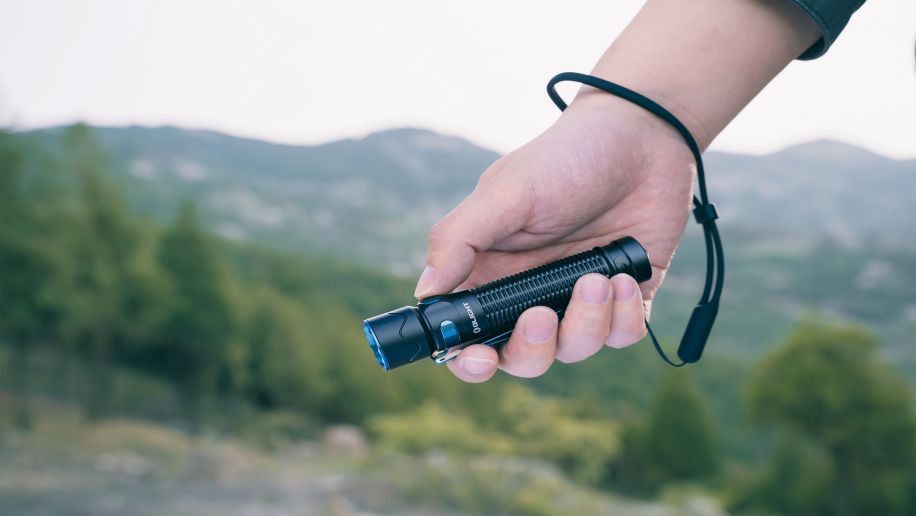 Warrior Mini 2 is smaller and more convenient for carrying. It can produce an astounding max output of 1,750 lumens and a 220-meter beam distance despite its pocketable size. Its proximity sensor drops the brightness level proactively in case of obstruction. This torch still features a side switch for daily use and a tail switch for tactical operation. The three-level battery indicator tells the battery level and when to charge, and the customized 3500mAh 18650 battery charges with the MCC3 magnetic charging cable. In addition, the included carabiner-style ring (not for climbing) is added for enhanced portability. Warrior Mini 2 is secure, way bright, and packed with new refinements that make it one of the most well-designed tactical pocket lights out there.

In fact, it is not only the European and American markets but also has a good reputation in the Asian region such as China and South Korea. We can find Olight torches in some of their TV series. With its excellent quality and good international reputation, Olight torches have the opportunity to shine in this movie and TV series. And now, you can also choose a variety of torches on our website, not only for adventure needs, but we also have products for daily use. EDC torches, bicycle lights, headlamps, ambient lights and many tactical torches. There is always one that will meet your needs. If you want to own torches as good as the movie star’s, just buy and enjoy a torch from our store!

Previous
BFL 900 VS RN 1500
Next
How to Choose the Right Olight Searchlight Torch?