We launched the Baton 3 Pro Torch at the O-Fan Days event in September 2022, doesn't the name of the torch sound like an updated version of the Baton 3? Actually, no!

The Baton 3 Pro Torch is an updated version of the S2R Baton II with 350 lumens more than the S2R Baton II and is the first Olight with a hidden light sensor. Other features such as the design of the body, the colour and the colour temperature of the light source have been greatly improved.

See the first comparison of the general parameters of these 3

As can be seen from the above, Baton 3 Pro is superior to Baton 3 and S2R Baton II in lighting brightness, beam range and running time, and the original price difference between the three products is not much (now during O-Fan Day, the price of Baton 3 is reduced by 30%). Taken together, it is clear that the Baton 3 Pro is more cost-effective.

In addition to the differences listed in the table above, the Baton 3 Pro has also upgraded a lot of design features on the S2R Baton II, now let's take a look at what other upgrade points are:

Invisibly hidden in the compact head of baton 3 pro, the Olight Hidden Proximity Sensor(OHPS) functions effectively to dim the light when its lens is blocked by a nearby object.Beam shape and appearance are unaffacted, but you are still protected from potential risks of blockage or accidental activation.

OHPS is the first hidden Proximity Sensor in the industry. 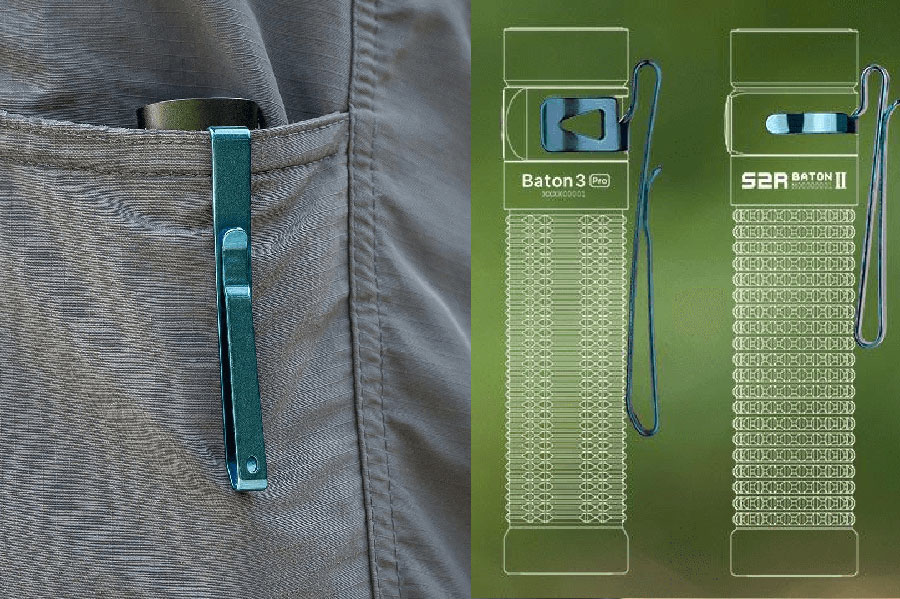 The two-way clip of the Baton 3 Pro is longer and wider than that of the S2R Baton II and it allows you to hide it in deeper pockets. The stainless steel used for the clip is also tougher and offers greater durability.

Larger Design: The Baton 3 Pro has a larger side button than the S2R Baton II, making it easier to operate the button.

Concave Design: The button on the Baton 3 Pro is recessed, which help us to avoid wasting power by squeezing or touching the torch while carrying it.

The Baton 3 Pro has 2 color temperatures: cool white and neutral white, but the S2R Baton II only has cool white.

Note: the Baton Pro has been discontinued and is no longer available for sale!

Keep in mind that the Baton 3 Pro is an upgrade from the S2R Baton II and is the best option compared to the Baton 3 and Baton Pro.

What are your thoughts, welcome to leave a comment.